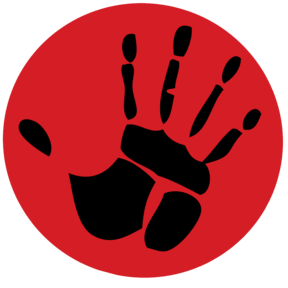 Critically acclaimed and influential crossover band MORDRED have released their new single 'Not For You', the first track to be taken off their upcoming EP 'Volition', due out on 18th June.

Stream the new single 'Not For You' here: https://youtu.be/B5R4AINKVYc

"Cross-over Thrash pioneers Mordred have returned with a new EP that is jam-packed with enough visceral energy to power your neighbouring town. Single ‘Not For You’ is a punchy, rough and tumble escapade that carries a strong message, all the while finding a perfect equilibrium between the ‘classic’ Mordered sound we all remember and a fresh new sonic horizon. The bastard sons of Bay Area Thrash are BACK with a glint in their collective eye and gator smile. Bring it on!” Overdrive.ie

Before Anthrax collaborated with Public Enemy, before Rage Against The Machine tore up the DNC convention, and before Limp Bizkit shredded Woodstock, there was a band called Mordred from the Bay Area of San Francisco, California that started it all.

Mordred, a band always ahead of its time, was formed back in 1984 in the San Francisco Bay Area during the era that gave us the big 4: Metallica, Slayer, Anthrax & Megadeth. One of the first bands in the crossover thrash metal genre, blending funk, metal and DJ Pause on the decks, they released their debut album 'Fools Game' back in 1989. The album gave birth to the hit single 'Everyday’s A Holiday', a huge crowd pleaser at the live shows. 'Everyday’s A Holiday' also yielded a video which played in heavy rotation on MTV & other music stations internationally, in addition to helping secure successful American/European tour supports to big metal bands.

In 1991, their second album 'In This Life' garnered 5 star reviews in Kerrang and others, gaining the band huge critical acclaim and cementing their place in the Bay Area's famous names."In This Life is an elastic bastard of epileptic proportions. A flexibile colossus of 10,000 guitars and schizo sonic FX.....In This Life is faultless. Disturbing. Fresh. A truly great innovation" Kerrang Mag

This album spawned 2 hit singles, Falling Away & Esse Quam Videri, both videos enjoying heavy rotation on MTV and worldwide. Touring for support of In This Life produced a live home video, In This LIVE, from one of their amazing headlining shows at the Marquee club in London, which sold out both nights. 1992 arrived & Mordred release the 6 track EP that was 'Vision', the EP included a wide variety of the crossover thrash sound & again enjoyed lots of radio exposure.

In 2013, Mordred came back to life with a passion, the line up including five of the original In This Life members minus drummer Gannon Hall who was replaced by Jeff Gomes of Fungo Mungo. Their reunion tours of 2014 and 2015 saw a new and previous generation of fans and a show at Bloodstock 2015 lit a fire with the band and fans and proved they were back and meant business.

The band are pleased to announce that the current line is also the line-up that brought you 'In This Life' & 'Vision', comprising of:

Fast forward to 2019 and after 6 years of writing back and forth between various band members, recording, living and traveling back and forth from NYC to California, Danny finally moved back to the Bay Area and within a year they had enough tracks recorded to fill out an EP and an LP. The band are currently gearing up to release these in the Summer and Autumn of 2020.

For some further info, you can check out the exclusive interview Danny White gave to Oran O'Beirne from Overdrive.ie:https://www.overdrive.ie/exclusive-interview-mordred-we-were-always-the-bastard-sons-of-the-bay-area-danny-white/